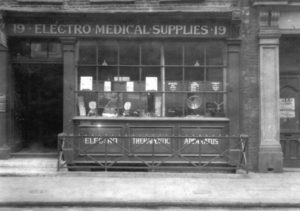 The company was founded in 1924 by Charles Greenham who had previously worked for other companies manufacturing electro-medical equipment.

The first premises was an office in Rathbone Place, Oxford Street, London and the first few years were spent in selling such items as galvanic and faradic batteries, “Sunlight lamps” etc., which were sourced by Mr Greenham from other companies and then re-sold.

Soon, he was able to employ two assistants and took a lease on a small workshop in Stanhope Street near Euston Station. (It may be of interest to know that his very first employee, who was then a boy of 15, retired as Works Manager in 1978 at the age of 65.)

The business prospered and the office moved in 1933 to 2009b Great Portland Street, London where it was to remain until 1969. (In 1948, the adjoining premises had been acquired to cope with the larger volume of business.)

The factory was moved from time to time, first to Ossulston Street (a converted church hall) and then to larger buildings in Calshott Street off Bentonville Road, Islington in 1956. Yet another move was made, this time to freehold premises in Archway, North London in 1964.

The range of products was increased and from 1965 or so, great emphasis was put upon expanding the firm’s export activities as it was felt that this was where the greatest opportunity for expansion lay. 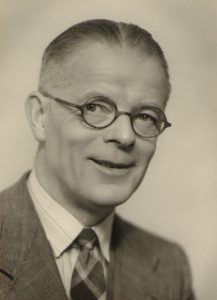 Charles Greenham was helped for many years by Mr EA Harris who was at first employed as an outside representative; afterwards being transferred to the office and subsequently becoming Manager of the company. Mr. Harris’ untimely death at the age of 52 was a great shock to his many friends in the hospital field as well as to his colleagues in the firm.
In 1951 Charles’ son, Ian joined the business.

In 1964 Mr. Greenham suffered a severe illness which was to become progressively worse until his death in 1970. He had been associated with the electro-medical industry in the United Kingdom for a period of some 60 years and his passing was a great loss to his many friends.

By 1968 it had become obvious that the factory would again have to be moved to cope with the ever-increasing amount of work and fast rising export trade. Rather than try to find alternative premises in inner London where the firm had been established since its foundation, it was decided to acquire a much larger factory, some 60 miles from London at Wantage, Berkshire (now Oxfordshire) and at the same time to leave the offices in Great Portland Street and to move the whole firm into one building. Suitable arrangements where made to maintain servicing in the Greater London area and the move was finally complete by September 1969. The company brought six employees and their families to help set up a new factory. The local council helped the families with housing. Mr. Dicky Morris was one of the six families who moved to Wantage and he retired at the age of 65 in March 2000. 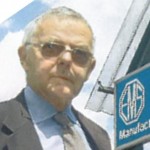 Ian Greenham, as Managing Director was responsible for sales and the general policy of the firm whilst the development of new or improved equipment was the responsibility of the Technical Director, Mr. David Oliver, who had been with the firm since 1946.

Since the move to Wantage, sales have increased yet further, and there were nearly 100 employees with over 45% of the products going to overseas markets. The company was manufacturing scientific equipment including microwave power generators and associated cavities and measuring instruments for use in photochemical techniques in research institutions, as well as its long-established lines of physical medicine apparatus that included short wave diathermy, ultrasonic therapy units, low frequency stimulators and wax baths. 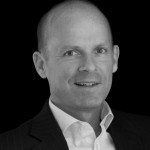 In 2001 Mr. Ian Greenham stood down as Managing Director and his son, James took over the responsibility. Nowadays the family-owned company is based at Grove Technology Park, in Oxfordshire, England and occupies 1,700 sq metres of purpose built offices, factory and warehousing.

All EMS Physio products are manufactured at Grove Business Park, ensuring the highest standards of quality are achieved. The company first achieved ISO9001 and ISO13485 accreditation in 1995 and continues to deliver the best in product quality. All products are CE marked in accordance with the EU Medical Device Directive.